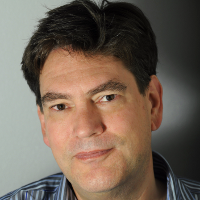 My name is Byron Martin and I’ve been running this website since 1999, though for the first couple of years the domain was bfmartin.com. It’s a hobby site to scratch some itches.

The Dilbert Strip Finder started back in 1999. I’m such a fan of the comic. I keep track of the words people search for and my biggest surprise is the lack of naughty words. Back then, comics were not available as much on the web, and complete archives were something to dream of. Books were the only place to find them. So the Finder was primarily an index of the books. These days, pretty much all the comics are online, and the focus of the Finder has changed to the online archive.

The restaurant review section was added in 2005 by a couple of mates and me. We’ve been going to Vietnamese restaurants for longer than I can remember and we decided one day to keep track of which ones we like best. After installing a blog package, Pho Ottawa was born. It has had many more readers than we thought a local review site would get. Lately, though, interest has dropped so I decided to shutter that portion of the site in 2013.

I’ve been in the computer field for 35+ years and have not “settled down” and specialised. Sys admin, developer, architect, security, support, and website admin are a few of my pursuits. Maybe one day, I’ll decide what to do for my career. Oops, too late! I’m retired!

By night, I like to cook, read, and hang with my cat. And, of course, I’m totally dedicated to my wife and family.

Several years ago, I took a leave of absence for a summer and was head chef at a fishing resort. That was fun! Some long days, though. People like to eat every day!

I’m a fan of Linux-based and similar systems and have had many desktops and servers networked in my home. Most of them were pre-owned and free. I first installed Slackware in 1993 and it became my primary OS in 1994. I had to purchase a computer specifically configured for it because hardware wasn’t widely supported back then. These days, OpenBSD and Mint do it for me.

Scripting languages have always been my favourite. I got into Perl before the camel book came out. Later, Ruby took over. And I’ve dabbled in many others, like Erlang and Haskell.